American Legion Riders chapters are often well known for their charitable work, which has raised hundreds of thousands of dollars for local children's hospitals, schools, veterans homes, severely wounded servicemembers and scholarships. Since 2006, Riders nationwide have participated in the Legion Legacy Run, to annually raise money for the Legacy Scholarship Fund, established to provide scholarships to children of U.S. military personnel killed since Sept. 11, 2001.

History
In Garden City, Mich., in 1993, Chuck "Tramp" Dare and Bill "Polka" Kaledas, commander of American Legion Post 396, shared an idea to start a motorcycle enthusiasts association within the organization. The two longtime riders wanted an environment where Legion family members could come together to share a common love for motorcycles. 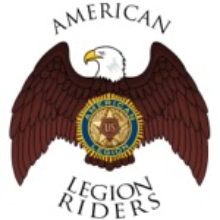